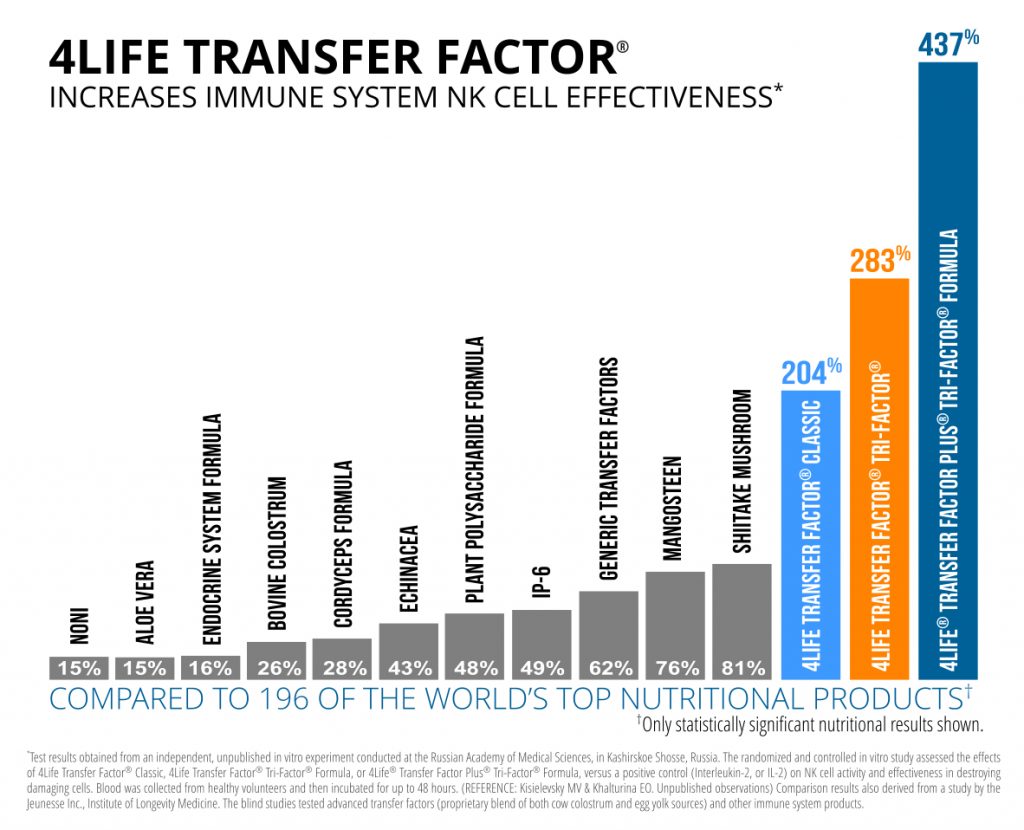 The immune system reacts to more and more new diseases of the 21st century, to the aggressive technical environment that surrounds us. Each immune system of an individual reacts differently in these circumstances; it does not always give a correct and adequate answer.

These “responses” are located in four planes, where our immune system is not able to effectively defend against everything that affects it. In this case, it is useful to have a natural immunomodulator or adaptogen at hand, such as ginseng, golden ring, cat grass, echinacea, extract of noni juice, cordyceps, etc. They themselves nourish, support and strengthen the immune system and help the body to overcome problems, but only at the earliest stages, as the body’s defense. The first problem with the immune system is that it cannot recognize and destroy an enemy (virus or bacterium).

That’s when serious problems begin at the cellular level, when the immune system itself ceases to defend our body and does not destroy bacteria and viruses entering our body. A moment comes when she does not notice “her own or others” (altered cells, such as cancer) and does not destroy infected cells with a virus, for example: hepatitis B and C. There is a general distraction of the immune system’s attention to emerging problems.

Then we add natural immunomodulators or adaptogens to help the body, but they work poorly and as a result, we do not get any effect. Why? Scientists have proven that reprogramming of the immune system itself is necessary, that’s what helps. But, unfortunately, the aforementioned beneficial plants and their derivatives cannot help us. None of the conventional herbal medications, nor any other formulation.

The third factor in the fight for a working immunity is that immunity cannot be increased indefinitely. Suppose that the immune system is optimally tuned from birth, and deviation from it does not pose a great health hazard. If the immune system is attacked so badly that it is already attacking what it shouldn’t do, that’s a big problem. The immune system does not recognize what to attack and destroy and what not. Where is your own, and where is the enemy ??? In this case, an allergy occurs, which, in fact, is an enhanced immune response, and the production of antimatter against harmless substances also begins. Allergic reactions are quite serious, hyper-active reactions of the body and can lead to the death of a patient from an active immune system! Not a single death was reported as a result of an over-active immune system, but we observed a series of edema, difficulty breathing, suffocation, wheezing, blue skin, etc. This is a mistake in the functioning of the immune system. Then there is nothing we can do but help reprogram the immune system. There is nothing to be done about it, because if we strengthen a strong but blind immune system, it will only hurt us! And this serious condition, immune blindness, could be an even more dangerous response in the functioning of the immune system. When the immune system can no longer distinguish between its own healthy cells and cells that pose a great danger to them, it does not attack or destroy them. Thus, the most serious autoimmune diseases develop: diabetes, rheumatoid arthritis, rubella, multiple sclerosis, autoimmune thyroiditis, glomerulonephritis, scleroderma, etc. Therefore, we must prevent the failure of the immune system in advance. Scientists have learned to use the knowledge transfer coefficient in the human immune system to correct further damage to the immune system. They were named by the American scientist Laurens: “Transfer factors”. Read here: What are transfer factors?https://transferfactor.hu/en/magyar-mi-az-a-transfer-factor/