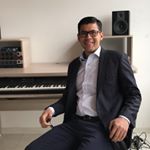 What Your Testosterone Can—and Can’t—Do

Testosterone is one critical hormone. Babies first encounter it in utero, when it triggers the differentiation of boys from girls. In puberty, it contributes to your bone growth and muscle mass, and continues to affect functions including your red-blood-cell production and mood stability.

But the message those ads are sending plays right into the economic and social anxieties men are facing. It’s like when anti-anxiety meds such as Valium first came onto the scene, says urologist and MH advisor Elizabeth Kavaler, M.D. “All these middle-aged women were addicted to Valium, because that was the solution to everything. Testosterone has become the new answer for a life of quiet desperation.” More and more of us are feeling the exhaustion of uneasiness. We are being asked to do more with less. We’re just trying to get through the day alive. “Men think, Well, if I just get a little testosterone, I’m going to feel great!” Dr. Kavaler says. “And that’s not the case.”

There’s so much information out there about T—much of it speculation and lore—that leads us to jump to conclusions about it. Men put all kinds of psychological weight on their testosterone number—a low one makes you think you’re somehow less manly; a high one means you’re basically LeBron James—and that’s where we get things wrong. There’s little evidence for those stereotypes. Low doesn’t automatically imply you’re weak or retiring; high doesn’t guarantee you muscles, aggressiveness, or MVP athletic performance.

What do you really know about this famous hormone? Here, we break down the best and latest information to give you the clearest picture yet of what T means for you. And whether, maybe, you should be taking testosterone after all. 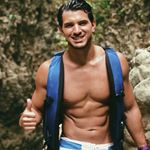 HOW WOULD YOU KNOW IF YOUR TESTOSTERONE WERE LOW?

As many as 5 million men in the U.S. (generally older men) do actually have low levels of the hormone. To know if your testosterone is low, first see if you have any symptoms, which include: erectile problems, lack of energy (never feeling rested, no matter what you do; having a paunch; an AWOL libido (not just not wanting to have sex on a Thursday night after a crushing week, but lack of the kind of base-level sex drive wherein you get turned on by the sexy person you spot on the street, explains Tobias Kohler, M.D., of the Mayo Clinic).

It peaks in the morning, so if you’re young and on a typical sleeping schedule, aim to be tested by 10:00 a.m. If you’re over 50, it doesn’t matter as much.

Be aware that your level can be affected by certain social factors and health habits.  For instance, rugby players who watched video of good game plays and got positive feedback had up to a 50 percent increase in T compared with guys who were shown their mistakes and received critical assessments.

Resistance training can also give you a short-term boost in testosterone.

With all these problems, the drugs developed by the company 4 life Research will help you: