Lack of zinc, as a rule, is associated with the lifestyle of the fair sex. There is a deficiency in vegetarians, whose diet is oversaturated with grains and legumes. And they significantly reduce the content of zinc due to the production of phytic acid.

But even female meat-eaters are prone to zinc deficiency if they exclude red meat from the general list of proteins. Experts recommend not to give up on it and build your own nutrition program with its obligatory use in the amount of at least 40 g per day.

During pregnancy, the level of zinc in the female body is distributed between two, so its dose must be increased. The normal formation of the bone, muscle and immune systems in a child maturing in the mother’s womb depends on this.

Any stressful situations for women also lead to zinc deficiency, so it is necessary to keep the body in good shape and feed it forcibly.

Symptoms of zinc deficiency in women

Lack of zinc is not a sentence, but manifestations are evident.

The first of them is abundant cross-section and hair loss. The fact is that zinc is an essential trace element for normal cellular replication, so luxurious hair appears only with its active participation in vital processes.

Nails are a similar story. If they become brittle, grow slowly and become covered with white spots, this is a sign of zinc deficiency. 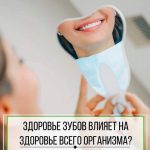 A healthy oral cavity and strong, snow-white teeth indicate a normal level of zinc in a woman’s body. It is noteworthy that this trace element is found in saliva and tooth enamel. Therefore, its deficiency leads to the appearance of wounds in the oral cavity.

The appearance of acne is also associated with a lack of zinc. Smooth and radiant skin is a sign of a woman with sufficient levels of this trace element in her body.

Women’s reproductive health is under the control of zinc. Disruptions at the hormonal level, painful menstruation and a decrease in libido are felt by women with zinc deficiency. Pregnant women with this diagnosis are prone to giving birth to premature babies, and in the worst case scenario, to miscarriages2.

An equally dangerous consequence of zinc deficiency is bone fragility. Without it, collagen is not produced, which is responsible for the normal formation of bone tissue.