The smell of cancer

The smell of cancer 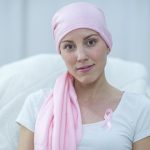 Is the smell of cancer a discovery or an assumption?

Cancer can be identified by the specific aroma emitted by a person, says dermatologist Irina Skorogudaeva.

She claims that almost all serious illnesses and even oncology can be determined by the smell of sweat in a person. She stated this on the air of the Russia 1 TV channel.

The specialist explained that many serious diseases lead to the fact that his smell becomes somewhat specific. So the smell of sweat of a person with cancer is often similar to the smell of stale meat.

Diseases of the kidneys and liver can be accompanied by a clearly noticeable smell of ammonia; diabetics sometimes have the smell of rotten apples or acetone, because ketone bodies are formed in this disease, which are converted into acetone.

In addition to a special aroma, oncological diseases can be indicated by an elevated temperature that lasts for a long time. Anxiety should be caused by various seals in the body, a change in the appearance of moles and warts, a prolonged cough and sudden hoarseness of the voice, as well as difficulty swallowing and indigestion.

Be attentive to yourself and your loved ones!See a doctor in time and drink transfer factors to increase immunity. After all, cancer is nothing more than an increased increase in cancer cells. Immunity has forgotten how to give the correct answer to enemies and began to confuse “us” and “them”, for example, cancer cells become theirs.