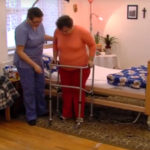 The percentage of diseases of the musculoskeletal system is growing, why?

Along with diseases of the musculoskeletal system in old age, problems began to occur more and more often at an earlier age.

Diseases of the musculoskeletal system are the most common today. These are numbers, but of all visits to polyclinic doctors, patients with this disease make up about 70-80%. This pathology affects every person on the planet, to a greater or lesser extent. Please note that if earlier the lion’s share was made up of patients of elderly, senile, well, mature age, now these diseases have sharply rejuvenated. There was even such a thing as juvenile osteochondrosis – osteochondrosis in children.

-What explains such early manifestations of these diseases? 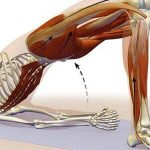 This is a huge range of diseases, but the main thing is diseases of the spine and joints, because in the 21st century the majority of the world’s population goes into a sedentary lifestyle, from childhood to old age. Progress and comfort are not good for all of humanity, and viruses and infections are to blame. The science of immunology is very relevant today. Add also parasitoses, which were previously little talked about, but the number of patients infected with parasites, roundworms, roundworms is growing. Imagine that ascaris larvae and other products of their vital activity affect the musculoskeletal system. Outwardly, this is manifested by articular syndrome, inflammation in the joints, back pain, intoxication, fever, general loss of strength, which, unfortunately, is often regarded as osteochondrosis.

The main health is laid at an early age.

What diseases of the musculoskeletal system are most common in children?

– Scoliosis, i.e. spinal deformity, post-traumatic arthritis (as a result of overtraining, bruises, injuries, inflammation develops in a particular joint), but most often we deal with scoliosis and its complication in the form of developing osteochondrosis. But osteochondrosis can develop regardless of scoliosis, i.e. without previous deformity and are manifested by back pain.

Cerebral palsy, congenital. A terrible problem for parents and children themselves. Children struggle with this problem and live as hostages from low immunity all their lives.

There is Professor Efimov, under his leadership there are many treatment centers in Izhevsk, he treats infantile cerebral palsy. He was introduced to the results and methods of treating cerebral palsy using Transfer Factor. He once said: “I don’t even know what to do, I have been treating a guy for cerebral palsy for 18 years, he had contractures (arms and legs are folded to his chest) – he never straightened them. After a month of taking Transfer Factor, his arms and legs straightened. He became a normal person! I have been treating cerebral palsy for 18 years, and here in a month the Transfer Factor solved the problem! “Another example, I will never forget the eyes of a mother, whose 6-year-old child did not walk, did not speak – he began to walk normally and began to call his mother mother.”

“All defects go away, the functions of organs and limbs are restored. The results of the treatment of infantile cerebral palsy with Transfer Factor are very good ”, – doctor-virologist, microbiologist Egorov A.I.

Why can Transfer Factor be considered almost a panacea?

—Transfer Factor is not a panacea, it is not a medicine, it is a means of restoring the controlling regulatory functions of the immune system, moreover, a means conceived by nature itself. This regulatory peptide is present in our body. It has been proven that the immune system is the only one that directly controls the regeneration of the bone system, i.e. the ability of tissue cells to recover, heal after damage, the rest of the mechanisms are only under control in relation to it. And as soon as the immune system drops out of this process or there is a malfunction in its work, then we are faced with the problem of not healing, but with a violation of the restoration of damaged structures. These are injuries to the spine, joints and all kinds of wounds, trophic ulcers, etc.

Doctors Krainov, Julia and Alexey offer their own program for improving the immune response: