We continue the conversation about the healing properties of dandelions.

For nursing mothers, dandelion juice is the most effective assistant in increasing lactation.

Avicenna also treated cardiac and renal edema with milky juice, recommended it for dropsy and venous congestion. In Russia, an old dandelion saved the northerners from scurvy and jaundice.

Dandelion is rich in antioxidants that protect against diabetes and cancer. It has a beneficial effect on water-salt metabolism, accelerates recovery processes after a stroke.

Dandelion root powder heals wounds, burns, ulcers. A decoction of flowers is used for insomnia and hypertension. A large amount of magnesium heals the nerves, the heart and increases the level of hemoglobin in the blood.
Chemical composition. Dandelion root contains up to 10% of the bitter substance taraxacin, triterpene compounds: taraxerol, taraxasterol, etc.; sterols: P-sitosterol and stigmasterol; flavonoids: cosmosine, luteolin-7-glucoside; up to 24% inulin, up to 3% rubber, fatty oil, etc.

In France, Austria, Holland, Germany, India, Japan, and the USA, dandelions are bred on special plantations. The French use them for healing salads, jams, wine and pickling.

Young leaves of the yellowish healer have almost no bitterness. They make salads and sauces. By the way, delicate pickled buds taste like capers. An exotic jam is made from the flowers, and an excellent coffee-like drink is obtained from the roots!

The bitter substances of dandelion increase appetite and improve digestion (see Watch),
The ability of dandelion to remove dead cells, moisturize and make the skin elastic is successfully used in cosmetology (nutritious, moisturizing, whitening and anti-aging effects). Rubbing the milky juice of dandelion leaves into the skin, ancient beauties got rid of age spots and freckles.

With daily and regular use of dandelions, the complexion improves, the skin is cleansed – acne, pimples and boils disappear without a trace.

The sun generously illuminates the earth, giving life to all living things. However, not everyone generously takes this life-giving force. You can’t say the same about dandelion. He is the sun itself in its power. We can say that the dandelion is the little sun on earth, both in form and in healing power. The main element of the sun is red-hot iron. By studying the spectral analysis of the composition of dandelion, scientists come to the conclusion that the same iron is present in dandelion. 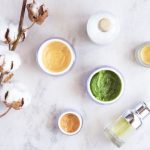 The vascular system is the crossroads of all problems in the body. One of the destroyers of the vascular system is rheumatism. It is especially cruel in its manifestations in the 4th generation of patients. The sun is far away, but we have a small sun on earth – a dandelion, which can defeat such a formidable disease as rheumatism.
To get rid of it, you need a little: collect and grind dandelion flowers right there in the field, mix them with sugar in a ratio of 1: 1. Put them in an open place for one day, but not in the sun. Then place in the refrigerator for 1.5 weeks. Squeeze out the contents, strain and place back in the refrigerator. Use randomly, the more the better. It won’t hurt anything, except for those who can’t eat sugar. But this is an aid.
The main remedy is dandelion stalks, on which a yellow flower grows, it must be eaten raw. Eat as much as the body allows, check at what amount you will feel comfortable, so that there is no discomfort, either from the gastrointestinal tract, or from the kidneys. It is best to eat the stems on the third day after the flower is thrown out, when the stems become slightly brownish and have a lot of healing juice. It is necessary to meet the season in order to get rid of the disease.
Dandelion treats joint diseases, there are cases when the use of dandelion relieved those suffering from stones in the gallbladder, in the kidneys. Improving metabolism, getting rid of osteochondrosis, pain in the joints, in the neck, pain in the fingers, curvature of the fingers. To do this, you need to prepare dandelion honey. Such honey should be consumed within 2 years, but for whom how. For some, even one year helps. But imagine what a powerful recovery, you will spend in the body when you put in order the main filters of the body – the liver and kidneys. And then treat the entire skeleton of the body from salt deposits.
Read more in the news.