Are you allergic? You can help

Are you allergic? You can help 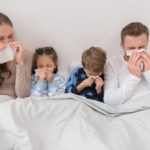 It is no exaggeration to say that millions suffer from it. Allergy is a common disease in Hungary. According to experts, about 30 percent of the population, or 3 million people, are affected in one form or another. But how can we know for sure that the redness of our eyes, burning sensation and irritation is caused by an allergy and not some other problem behind it? Allergy is usually called the disease of civilization. The name itself was born only at the beginning of the 20th century. It was used by Clemens von Pirquet, a pediatrician from Vienna, in 1906 when he discovered in his patients that they reacted to certain harmless substances, such as house dust or certain food ingredients, with severe physical symptoms.

Allergy and what?
By definition, an overreaction of the immune system to substances that do not normally cause any reaction from the human body. These substances are called allergens. These include pollen, animal hair, certain foods, fungi, microorganisms, drugs, chemicals, and even metals. Thus, IgE molecules perform their function and release histamine, cytokines and prostaglandins from various leukocytes. These molecules play a major role in signal transmission.

Are allergies deadly?
Airborne allergens cause complaints primarily to the respiratory tract and eyes, and if inhaled, can cause shortness of breath and cough, and if ingested, can also cause abdominal pain, nausea, diarrhea, and bloating. But of course, our outer skin, or our skin, can also indicate that an allergy is primarily caused by redness and swelling. It is worth mentioning a rare, but even more dangerous phenomenon. If an excessive immune response of the body does not occur in one place, that is, in an organ or organ system, but spreads to the entire body, this is called anaphylaxis. A terrible state of shock without prompt treatment can even lead to death.

Types of allergens
Redness, burning, irritation, itching and non-stop watering: this is what allergy sufferers usually complain about when it comes to symptoms that also affect the eyes. They are usually caused by various pollens from spring to autumn, and in autumn and winter by household allergens such as house dust, mold, animal dander, or irritating gases such as tobacco smoke and perfume.

How to know for sure that we have an allergy?
If we find that our eyes are constantly itchy or watery, we cannot simply suspect an allergy. It is possible that computer work, dry air, or even some kind of infection are to blame for the development of unpleasant symptoms. Be sure to bring the problem to the attention of the ophthalmologist first. However, a detailed medical history is required to distinguish eye irritation from air pollution, smoke or other chemicals from allergies. That is, the ophthalmologist thoroughly asks the patient if he has other symptoms:https://transferfactor.hu/en/program-healthy-stomach/autoimmun-betegseg/

Allergy symptoms
If it turns out that itching in the nose, runny nose, sneezing and nasal congestion also make the daily life of the patient bitter, probably on the background of respiratory allergies. Especially if the itching and watery eyes only last a few weeks and then “go away” on their own, we can also remember that we also suffered from this at the same time last year. In this case, it is likely that the pollen of some plant caused the syndrome. If the complaints occur evenly throughout the year, we may be allergic to house dust mites, pet dander, or any cosmetics. However, in this case, the allergy test may give the correct result. Therefore, after a thorough ophthalmological examination, doctors usually refer the patient to an allergist.