CHANGES IN IMMUNITY WITH AGING

After the formulation of the immunological theory of aging by the Nobel laureate F. Burnet, an undoubted connection between the functions of the immune system and the aging process was shown.

This makes it possible to use immunotropic agents to restore the potential of tissue cell growth and restore their high level of self-renewal.

Research in this area was carried out on the drug Transfer factor (TF), which showed previously pronounced immunomodulatory properties in various pathologies, and which is also recommended as a prophylactic agent in healthy individuals. TF is obtained from mammalian colostrum (milk in the first weeks of life).
First part of the study:
Influence of the Transfer factor on indicators of the biological age of mice.

The drug “Transfer-Factor” ™ had … a positive effect on the immune parameters of old animals, and showed a wide preventive effect on the elimination of visible age-related changes in mice with prolonged administration.

It had a positive effect on:
1. physical condition,
2. the power of animals,
3. metabolism,
4. to eliminate the mechanisms of aging associated with the accumulation of cells with free radicals
5. TF also restored the cellular growth potential of the tissues of old animals to levels close to those of a young age.
Older animals are known to develop natural immunodeficiency associated with a decrease in thymus mass.
A decrease in thymus mass was observed in the group of animals without the introduction of TF; however, for the experimental group of animals treated with TF, there was no significant decrease in thymus weight on the stress agent!

Second part of the study:
Influence of the Transfer factor on indicators of the biological age of men.

Characteristics of the surveyed group.
12 men aged 55 to 73 were examined.
The drug was taken according to the following scheme:
1. 3 times a day, one capsule (600 mg Transfer factor per day),
2. five days a week
3. within 6 weeks(42 days).
The introduction of the concept of “biological age” is explained by the fact that the calendar (chronological) age is not a sufficient criterion for the state of health and working capacity of an aging person. The main manifestations of biological age during aging are violations of the most important vital functions and a narrowing of the range of adaptations. Among peers by chronological age, there are usually significant differences in the rate of age-related changes. It makes sense to determine the biological age only in persons over 30 years old or even 35 years old.
Currently, a huge number of methods for determining biological age using multiple linear regression models have been developed. These methods are based on various panels of tests that reflect age-related physiology, age-related chronic pathology, adaptation limits and functional reserves, physical and mental performance, characteristics of vital body systems, objective and subjective assessments of the level of health, etc.

Thus, there is a comparative decrease in bioage values ​​as a result of the use of Transfer Factor.

The materials obtained as a result of the study are unique in their significance: For the first time, the use of a powerful, natural immunomodulator Transfer Factor was proposed as a mechanism to reduce the adverse effects on the human body from harmful environmental factors, which can largely affect the increase in life expectancy. 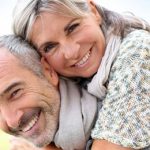 Conclusions:
It seems possible to dramatically expand the indications for the use of TF in the clinic, up to the universal use of TF in the entire population as a means of “anti-aging therapy”.

As a result of using the Transfer Factor, there were noticeable improvements, both individual and general, in more than 100 biochemical parameters that signal the aging of the body, which determine the degree of aging.
1. The difference between biological and calendar age has increased.
2. After taking the full course, either partial improvement or complete normalization of the initially disturbed body functions was noted.
3. Reduced obesity

The total increase in the effects of each TF preparation, obtained as a result of the sequential addition of one TF preparation to the previous ones, leads to unique results in the recovery and rejuvenation of a person using this program.

Brief review based on scientific work, Chizhova A. Ya.