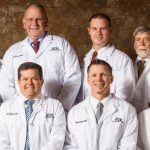 Thus, we believe that the use of TF, particularly in the form of TF Edvensd is an alternative to IFN-therapy, as in the medical and conceptual sense, which, however, does not preclude the use of interferon and other antiviral drugs to help the TF in the complex. But the drug of choice, of course, is the timeframe, not just hepatitis B and C, but in any viral infection.
Excellent results obtained by many doctors with TF in herpetic infections, erysipelas, Lyme disease, serous meningitis, distemper (dogs), confirm this.
The results obtained in Barnaul in the treatment of chlamydial infections in St. Petersburg – with osteomyelitis, in its various forms, clinical observations of a number of doctors working with TB patients, a wide experience of doctors from St. Petersburg to cure patients with peptic ulcer disease associated with Helikobacter Pylori and research results, obtained at the Moscow Medical Academy. IM Sechenov, give grounds to state that in most cases, the use of TF is an alternative to antibiotic therapy, especially in its chronic form, against the background formed immunopathology, which of course does not preclude the use of intensive antibiotic therapy in acute cases. But even in these situations, the introduction of HF to minimize adverse effects of antibiotic therapy, and significantly reduce

doses of antibiotics. TF – saving for patients, if antibiotics have exhausted themselves, if their destination only compounds the problem.
Allergic diseases are one of the most intractable problems of modern medicine. Today, every fifth person on earth suffers from some form of atopic disease. Pathogenetic mechanisms of allergy, are in violation of the direction of differentiation of T-lymphocytes, reducing the activity of T-suppressor cells and excessive formation of IgE, ie, in the immunopathology associated with the deregulation of immune system. Traditional antihistamines have low efficiency, but their effect is mainly due to the partial blockade of histamine receptors and is often accompanied by undesirable side effects. Put bluntly – valuable pathogenetic treatment there.

Clinical studies in patients with psoriasis and atopic dermatitis and has considerable experience of clinicians in the treatment of these pathologies, as well as asthma, allergies and cold, etc., allows us to say that the diseases in the pathogenesis leading place atopic reactions , TF is a means of pathogenetic treatment of the original process and the drug of choice.
Extremely severe immunopathology is the formation of autoimmune processes. This is in the blood circulation of immune complexes formed in the presence of antigens of bacterial, viral and parasitic origin, even, and partial defects of immune systems, innate and hereditary origin and formation of circulating autoantibodies. In any case, it is a deep systemic damage to the program organization and regulation of the immune response. Is it surprising that conventional methods of correction, such as antibiotics, analgesics, corticosteroids and immunosuppressants, are only symptomatic therapy, possibly adding, moreover, immunopathology.
Clinical studies have shown that the use of HF leads fairly quickly to normal state of the CEC and the quantitative and qualitative parameters in the treatment of opisthorchiasis, osteomyelitis, hepatitis, what stops the development of immunopathological processes. Results from a number of our colleagues who use TF for the treatment of vasculitis, SLE, glomerulonephritis, rheumatoid arthritis, autoimmune thyroiditis, scleroderma, other than the amazing and gives hope, not name. For the first time in history, perhaps you can talk about the possibility of pathogenetic treatment of these terrible disorders.
It makes no sense to say that FF – an alternative to any other treatments for atopic and autoimmune diseases. Before TF such methods, in fact, was not.
Studies in recent years have given strong evidence that atherosclerosis has an infectious nature. The emergence and exacerbation of angina pectoris, for example, is associated with inflammation of the coronary system. These same factors determined by the emergence and development of many other pathologies of the SSA. Cardiologists who have considerable scientific and practical experience, celebrate very good results when using TF (especially in the form TF +) in all diseases of the cardiovascular system: improved memory, sight, hearing, brain activity, stabilization and normalization of the numbers of pressure in hypertension. They say that the TF +, in fact, shown to all people over 60 years. But the results obtained with heart rhythm disturbances and angina, simply stunning. Already after 2-3 weeks of full stop beats! Patients who regularly use TF, just forget that they they were! Angina use TF not only leads to a significant improvement in well-being and profilaktiruet aggravation, but also reduces the degree of sclerotization of the vessels, up to complete disappearance of angina, as such! Already known for a number of cases when patients cancel their planned operation on aorta-coronary bypass surgery, since cholesterol “plaques” in the blood vessels become hemodynamically not significant. It is, in fact, an alternative to surgical treatment in many cases.

Behavior of cancer cells in the body is a vivid example of how a cell violators can get away from immune surveillance. In the in vitro experiment to cancer cells tucked human NK cells, and those within a certain time destroyed them to 5%. More NK cells were mixed with TF and a few hours with him to “communicate”, that is, to receive adequate immune information. These NK cells from the same amount as in the first case, during the same time, destroying up to 95% of cancer cells to which they were placed! This means that a competent immune system, which is good “sees” the intruder and quickly arranges a specific immune response, is easy to cope with the cancer process at the stage of initiation. But the only competent! Clinical studies conducted (and continuing to the present) at the Russian Cancer Center. NN Blokhin has shown that the use of TF in the treatment of oncological patients with severe immunodeficiency, in most cases leads to normalization of immune status and improve the general condition of patients. The research studied the effect of TF on the antitumor and cytotoxic activity of NK cells. Increased cytotoxicity was received, on average, from 18% to 80%, which is almost equivalent to the action of IL-2, which is ten times more expensive and has some severe side effects and contraindications list.
This gives grounds to consider the timeframe and as a means of primary and secondary prevention of cancer processes, as well as a possible tool to block or delay their development. Many oncologists TF is used as a drug “cover.” It significantly reduces the side effects of chemotherapy and radiation therapy, prevents the development of severe immunodeficiency, normalizes blood counts – that is, “unleashes” the doctor’s hands, allowing treatment in full.
In cases where conventional treatment is reached, the disappointing outlook, and the patient is offered only symptomatic treatment, many doctors, both in Russia and abroad, it is recommended timeframes in large doses. There are hundreds of cases. To draw final conclusions too early, but we can firmly state: feeling sick and quality of life markedly improved significantly reduced pain, intoxication, decreases or disappears completely ascites. Improved blood counts. In fact, one can “give” people a few months, a year and a half and more fulfilling life. Patients feel well, they have a normal appetite and sleep. People are again beginning to read books and newspapers, interested in politics and sports, messing around in their backyards. All this can not be overstated. The same is true of severe cirrhosis.